Wright is a graduate of the Army Management College. Wright has held several position during her tenure a Fort Stewart, those achievements included, working as a Department of Army Civilian at Fort Stewart, Georgia, from November 1971 to February 2010 when she retired, Clerk of the U.S. Magistrate Court for the Staff Judge Advocate, Chief of the Strategic Planning, Operations, Training and Resource Division for the Director of Emergency Services, and Assistant Deputy Director of Emergency Services.

In addition, for several years, she wrote and submitted to the Department of Army, an Organization Self Assessment utilizing the Malcolm Baldrige Criteria for Performance Improvement, for Fort Stewart and Hunter Army Airfield.  The assessment represented the actions, as a whole, of the entire military community ranging from Leadership, Strategic Planning, Customer Focus and Engagement, Measurement, Workforce Focus, Operational Focus, and Results, to ensure that all soldiers received the best Training and Maintenance, and that they were Readiness level was 100%, and that their family’s Well Being was priority.

The results of her efforts allowed Fort Stewart to be considered and selected for the Outstanding Army Installation in the Army.  This process was executed annually, and Fort Stewart was selected for five consecutive years prior to her retirement.

Wright is also involved in mission work, as she travels to Haiti once a year to work in an orphanage, assisting with medical clinics, constructing churches and other facilities. She enjoys camping, hunting, fishing, spending time with her grandchildren.  Wright is married to Keith Wright of Jesup, they have 2 children Patrick and Rachel and they have 5 grandchildren.

“I have lived in Wayne County since 1957, and in 1971, began my career as a Department of Army Civilian Employee.   I didn’t get to be involved in many activities of my community, as my work kept me from many of those opportunities.  Now, I am very excited to have been selected as the Executive Director of Family Connection and this position will allow me to give back to my community, the support that was given to me all my life,” Wright says. 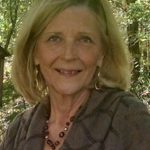